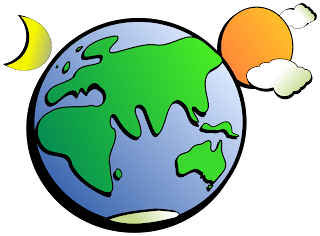 As April draws to a close, there are some very important days that passed by this month including world health day and world heritage day. While these are considerably significant, a very very hot topic this month (no pun intended) was World Earth Day.

It seems that everyone and their mums is on this ‘save the environment’ hype: students protesting world wide, London streets getting shut off because of protests, news stories about how we have 12 years to save the world, documentaries, campaigns, even the music industry is getting involved with Lil Dicky and around 30 other artists collaborating to raise awareness about protecting the planet in their new song ‘Earth’. It’s getting real. I mean it’s been getting real, scientists have been telling people to take heed for years but only now are we taking notice, ish. On the plus side, all of that GCSE information about greenhouse gases and fossil fuels might not be as useless as we once thought it was.

What is going on exactly?
Greenhouse gases especially carbon dioxide are reaching crazy levels and warning bells are starting to go off.

Why should we care?
Because it affects all of us and our future generations. Whether it’s the drug dealer you watched a documentary about on Netflix, the Kardashians,the dinner lady at school or your neighbour’s dog- this is a global issue that affects every single one of us.

Not going to lie but the fact that we’re seeing sun in the UK in March and April doesn’t seem like such a bad thing. Early Summer. Less rain. Less cold. Global warming is kinda nice - why would we even think of changing it? I think it’s one of those situations where the phrase ‘looks aren’t everything’ can be applied; we’ve got the summer heat, the clear skies - the whole shebang but the reality of it all is quite grim.

Exposing the catfish environment
So while the sun making an appearance in Winter is cute, when we get to know it a bit more you discover that it really isn’t as cute as you thought it was. These are just some of the many problems that this catfish weather is bringing with it:

How can we help
Contrary to popular belief, it is actually the richer countries that contribute to climate change the most, so ideally we have to put in a greater deal of work to reduce it.

I’m not going to sit here and pretend I’m some climate change expert, I actually don’t know much about it except for the fact that it’s getting serious. For a layperson like me, I think educating ourselves is very important - loads of people think that climate change isn’t real and it’s just scientists chatting a load of nonsense, the only way we can know if it’s for real is by learning. If it is real, then it’s useful to know what’s going on and how bad it is. I think now is a time where being ‘environmentally woke’ is kinda crucial. (I’ve recently started the docuseries ‘our planet’ which might be a good starting point)

Food for thought
According to physician and statistician, Hans Rosling; many organisations and groups have made climate change the cause of every single other problem we face on earth so as to create a sense of urgency to act. Sometimes these are true and can be backed by scientific evidence but many times they’re not. This leads people to stop believing the claims thus putting people in a further state of complacency which could partially explain the reason as to why many of us turn a blind eye when we hear these claims about the environment.

He therefore suggests that “We should not pick the most dramatic estimates and show a worst-case scenario as if it were certain. People would find out! We should ideally show a mid-forecast, and also a range of alternative possibilities, from best to worst. If we have to round the numbers we should round to our own disadvantage. This protects our reputations and means we never give people a reason to stop listening.”

To end on a positive note
In the 1970s, scientists discovered that chlorofluorocarbons (CFCs) were destroying the ozone layer (responsible for absorbing harmful ultraviolet radiation coming from the sun) so many countries banned CFC use in spray cans within 5 years out of their own will. CFCs were then banned on an international scale and lo and behold, the ozone layer is still intact until today!
— change is possible.