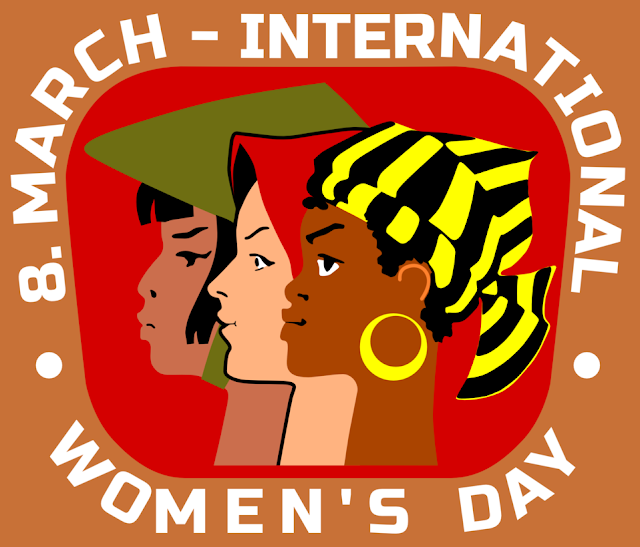 As you may or may not know, International women’s day is literally around the corner as it is on the 8th of March. This month’s post is to celebrate the positive changes women are making to their communities all over the world. I’d like to demonstrate that no matter where you’re from there’s always someone to look up to: a lot of these women were not from privileged backgrounds and have had their fair share of trials and tribulations. These are normal women who have worked hard to make extraordinary differences and they deserve to be celebrated. Happy Women’s Day!

Rwanda - Xaverine Mukamunana
You might’ve heard about the horrible Rwandan genocide of 1994 that resulted in the deaths of approximately 800,000 Rwandan citizens leaving only 30% of men in the whole population. This meant that the females constituted just under three quarters of the population leaving them with no choice but to step up and rebuild their nation. One of these women is Xaverine Mukamunana who is the founder of the Jyamubandi Mwana association. Her organisation mainly assists poor and disabled children through a variety of means such as providing them with shelter as well as social, educational and vocational support which allows them to learn skills that will allow them to navigate in the world despite their disabilities. Her work had such a profound impact that she was given an award by the US embassy in Rwanda.

Morrocco – Aicha Chenna
Aicha Chenna’s list of achievements is quite amazing. Despite having a bit of a rocky start to life, she got a nursing diploma and used her education to address women’s health issues through her own radio and television programmes. A few years later she founded the Female Solidarity Association which aimed to help underprivileged women including mothers who had voluntarily/involuntarily given birth outside of marriage (very taboo in morocco) and women who sustained abuse. Chenna’s charity strived to get women back into society through teaching them skills (e.g accounting, sewing etc) that will enable them to be independent. She was also a strong advocator of women’s rights as she spoke about issues that were considered to be taboo in Morocco such as illegitimacy and single mothers and she later went on to become the first Muslim to receive the Opus prize.

Pakistan – Maria Umar
Access to education can be difficult in Pakistan especially in the rural areas. One woman who has tried to overcome this obstacle is Maria Umar through creating the Digital League (previously known as the Women’s Digital League). The inspiration behind this project stemmed from a need to provide Pakistani with a way to be at home and work as well after being fired for taking maternity leave.  The project’s aim is to train women online and provide them with online job opportunities thus ensuring their independence.

Indonesia  - Faye Simanjuntak
Faye has contributed to the wellbeing of other members of Indonesian society before even entering ‘womanhood’. She is only 15 years old, yet has made changes comparable to someone double her age. She is the brains behind Rumah Faye – a nongovernmental organisation committed to dealing with issues related to child trafficking via preventing it and protecting victims of it. There are more exciting things coming from her on the way as she is also currently working on another project called Youth team.

Italy – Maria Montessori
Maria Montessori was one person that loved learning and had a huge thirst for knowledge which wasn’t really a highly regarded feminine trait in Italy at the time. She was one of the first female doctors in Italy and was interested in creating an education system that was built on encouraging children’s growth as one of her fields of practice was child development and psychiatry. She opened a school in Italy which was the first to use her Montessori system and now this very same system is still used worldwide in over 100 countries. Maria was also central in creating opportunities for Italian women as she often spoke about these issues.

Ecuador – Luz Argentina
Chiriboga Being both Latin American and Black is a rare entity in Ecuador and one of the first writers to explore the implications and experiences of this was Luz Argentina Chirioga.  Through her novels and poetry she explores and challenges the stereotypes associated with being mixed and one of her short stories even got first prize. She uses her literary voice to challenge patriarchy/misogyny and to explore taboo issues in Ecuador such as women’s sexuality and birth control.

Argentina – Estella De Carlotto
Argentina’s last military dictatorship resulted in the kidnapping of Estella’s pregnant daughter who gave birth to her son before getting killed. This started Esella De Carlottos 36 year quest for her grandson which was quite an incredible journey. Carlotto and other grandmothers  experiencing the same thing protested and demanded the release of her grandson and other children kidnapped by the military forces  and as a result started the Association of Grandmothers of the Plaza de Mayo (Argentine Grandmothers with missing Grandchildren) where Carlotto was the head. Through the establishment of a national blood bank/National Genetic Data Bank for relatives of disappeared children they managed to find and reunite 127 out of 500 Argentinean children with their families including Carlotto’s grandson. Due to her efforts, she won many awards for her work with the association.


Trinidad and Tobago - Dionne Baptiste
Baptiste went to her doctor’s office after suffering from nearly fifty seizures a day for a year. She didn’t know what it was until she was flown abroad and was officially diagnosed. Like many developing countries, seizures are very misunderstood in Trinidad and Tobago and people suffering from them can be stigmatised which is what happened to Dionne Baptiste; she was kicked out of university and lost friends due to the fact that they didn’t really get what she was experiencing. As a result, she used her journalism career to shed light about seizures whilst providing a safe community space to other seizure sufferers. She has also hosted many events, and created a network and even turned November into seizure awareness month where she aims to empower those who are facing stigmatisation because of ignorance in society by dispelling a lot of the misconceptions about the condition as well as supporting those that experience it.

Fiji –Litiana Miller
It’s well known that it’s harder for women especially in ‘developing’ countries to get into sports but this common notion hasn’t stopped Fiji’s national track queen – Litianna Miller. After setting a new record in the 100 metres race, remaining unbeaten for eight years, Litiana used her athleticism to become a professional fitness trainer as well as setting up zumba and bootcamp sessions to help people with their fitness and to inspire women to get into the world of sports.

Samoa – Zita Martel
Samoa is another country where certain sports are traditionally exclusive to men – one of which is Long Boat skipping. Zita Martel is the only female in Samoa to become captain of this sport and to achieve such great success therefore proving to other Samoan women that it is not just a man’s sport. Her talents don’t just stop at sports; she is also an entrepreneur as she has managed Return To Paradise Resort and is co founder of CEO of Polynesia Xplorer (provides holiday tours and services in Samoa) which has received excellent reviews on Trip Advisor. In addition, she is the brains behind the Samoa Smart Guide App which is the first of its kind and is the go to guide for everything you need to know about Samoa. Whether it’s accommodation, restaurants or entertainment – this app provides all you need to know about that and more! She created it as an attempt to save money on printing and to reduce the environmental effects of it. So not only is she an athlete and business woman, she is also an activist as she uses her voice to talk about domestic violence and child abuse thus helping her community. Last but not least, she has received a gold medal in Archery, is the Consul of France in Samoa and has received the Star of Oceania Award for her leadership.

New Zealand – Barbara Brinsley
Barbara Brinsley is the embodiment of ‘age is nothing but a number’ and has not let her age get in the way of her pursuits. After she retired from being a nurse, she joined the hospital’s art team and was responsible for maintaining its display so as to brighten up the sad hospital atmosphere and boost the patients’ moods. In addition to this, Barbara also became a fashion model at the age of 65 which goes to prove that age really doesn’t matter. She is a well known style icon in New Zealand and she is so stylish to the point that Pink even stopped her to take a photo. Despite being nearly 80, she still possesses that youthful exuberance through maintaining a balanced life via laughing, watching films, gardening, reading and getting up to mischief. A role model for anyone scared about ageing.

Puerto Rico –Helen Rodriguez
Helen Rodriguez’s incredible journey can be dated all the way back to medical school where she graduated with top grades despite having a fourth baby on the way. She specialised in paediatrics and used her degree to assist in establishing Puerto Rico’s first care centre for new born babies which reduced infant mortality by half. Later, she became the head of paediatrics at Lincoln Hospital and was the very first Hispanic female to become president of the American Public Health Association. Helen was a women’s right activist as she raised awareness about Puerto Rican’s women’s health issues as well as advocating for improved healthcare worldwide especially in low income populations.

Jamaica – Emprezz Golding
Emprezz Golding has many many many titles – from mother to Television host to business woman to motivational speaker to youth advocate and many more she is nothing short of titles. With a strong focus on the youth of Jamaica she has started her own TV programme called Talk Up Yout which aims to address young people’s views on issues they face. She also created Jamaica’s first cartoon puppet series called Ackee Walk which teaches children about their duties and rights as well as making Jamaican trivia cards. As if this wasn’t already enough to help her community, Emprezz also tries to improve communities and works with Jamaica’s most marginalised youth to create inspirational workshops and programs for them and empowers them to make the most of their education and become leaders in their communities.