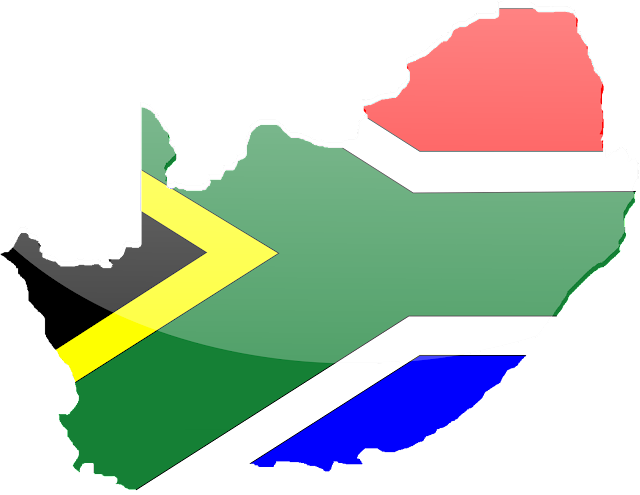 Why this particular day I hear you ask. Bit awkward if you’re not asking but I’ll tell you anyway. December 5th is the day we lost one of the world’s greatest leaders - Nelson Mandela. When it comes to death, I don’t know what’s more proper. Should we celebrate the day the person was born or should we commemorate their death? I’m going to go with a bit of both. Earlier this year in July it would’ve been Mandela’s 100th birthday and as aforementioned, December marks the end of the year, so I guess this our last chance this year to celebrate the 100 years that world has known such an amazing person.

What makes Nelson Mandela so special? Why is he such a great leader? Well we can’t talk about Nelson Mandela without talking about apartheid and we can’t talk about apartheid without talking about South African history. Because of its rich history and culture, it’s impossible to write about South Africa in such a short blog post AND do it justice but imma still try anyway.

Here’s a quick oversimplified history lesson for you:
*Disclaimer: some details have been omitted*

Once upon a time, the the Dutch came to South Africa and settled in a certain part of SA. Then, the British came and tried to take that part from the Dutch. The Brits eventually gave it back to the Dutch but then they decided to take it back again. This pissed off the Dutch people so they chose to move to another area and made it their own. The areas the Dutch went to are known as the Transvaal and Orange Free State and after gold was discovered there, The Brits wanted their piece of the pie. This plus a bunch of other reasons resulted in the declaration of war (Second Anglo-Boer war) which ended by the two powers signing a treaty that declared the Transvaal and Orange Free State as self governing colonies of British empire. The Dutch and British formed the Union of South Africa which passed a law called the Land act which only allowed blacks in the British part (Cape) to own land. Afrikaners become the top dogs and the National Party came into power in 1948.
And this marks the beginning of Apartheid. (1)

That’s the history part done - now on to Apartheid:

Apartheid is the Afrikaans term used to describe the system of discrimination based on race. Similar to America, this meant that black people in South Africa were chucked in their own areas, they had separate public facilities, were taught different things in schools and they weren’t allowed to mix with whites. Trevor Noah jokingly refers to it as ‘top quality racism’ (2)  and here’s what he has to say about it: ‘The only way to make apartheid work, therefore, was to cripple the black mind. Under apartheid, the government built what became known as Bantu schools. Bantu schools taught no science, no history, no civics. They taught metrics and agriculture: how to count potatoes, how to pave roads, chop wood, till the soil. “It does not serve the Bantu to learn history and science because he is primitive,” the government said. “This will only mislead him, showing him pastures in which he is not allowed to graze.” To their credit, they were simply being honest. Why educate a slave? Why teach someone Latin when his only purpose is to dig holes in the ground?” (3)
Some deep stuff right?

Now for the ass kissing part:

So what’s the hype about Nelson Mandela?

He managed to get rid of apartheid and started the process of acquiring equal rights for all South Africans. Because of him, the black majority in South Africa are now allowed to vote - something that was previously unheard of.

Despite all of these harsh laws created to weaken the black South African, Nelson Mandela managed to not only rise above this, he managed to rise above it through justice and kindness. While other black political groups in South Africa such as the Pan African Congress (PAC) wanted black superiority i.e ‘Africa for Africans’, Nelson Mandela wanted equality for all races in South Africa including white people. He states this in his autobiography by saying ‘Freedom is indivisible....I knew as well as I knew anything that the oppressor must be liberated just as surely as the oppressed. A man who takes away another man’s freedom is a prisoner of hatred, he is locked behind the bars of prejudice and narrow-mindedness. I am not truly free if I am taking away someone else’s freedom, just as surely as I am not free when my freedom is taken from me. The oppressed and the oppressor alike are robbed of their humanity.When I walked out of prison, that was my mission, to liberate the oppressed and the oppressor both.” (4) This is further backed up by his grandson, Ndaba Mandela who says ‘When he stepped up as a leader who cared about all the people in his country, including the white minority, his clear intention was to make us one country’. (5)

One really cool thing Mandela did was reform the old South African anthem which was in Afrikaans to a new anthem that includes the five most spoken languages in SA i.e Xhosa, Zulu, Sethoso, Afrikaans and English.
National anthems are designed to show the history, traditions and values of a country and I think that there’s no better way of representing all of the above than through the national anthem of South Africa. It’s such a beautiful, powerful way to display the unity amongst the the diverse people of SA.
You know what, If I could switch nationalities for the day, I’d probably switch to South African just for the anthem alone. That’s how cool I think their anthem is.

A leaf we could all take out Mandela’s book is his unwavering dedication to the cause he was fighting for. Now I’m not saying that it has to be something as big as freedom fighting but just even in our everyday lives, in our work, in our self esteem. The government tried to bring Nelson Mandela down in so many ways; through tormenting his family, through imprisoning him for 27 years, through bribing him with a nice house for his silence but he remained steadfast in his cause and persevered despite the odds. And this is big big stuff, imagine if we could take an inch of that dedication and apply it to our daily lives.

If you were the one person associated with freeing black South Africans as well as changing the anthem , could and would you be humble?
I don’t know about you but Nelson can.
In his last home before becoming free, he was given a chef and house help yet he still did not abuse these privileges. “One day, after a delicious meal prepared by Mr. Swart, I went into the kitchen to wash the dishes. “No,” he said, “that is my duty. You must return to the sitting room.” I insisted that I had to do something, and that if he cooked, it was only fair for me to do the dishes. Mr. Swart protested, but finally gave in. He also objected to the fact that I would make my bed in the morning, saying it was his responsibility to do so. But I had been making my own bed for so long it had become a reflex.” (4)

And it doesn’t just stop there. After being imprisoned for so many years, after becoming president, after becoming old - you’d think that he’d just want to take a break right?
Wrong.
Even after all of this, Nelson Mandela dedicated the last few years of life to raise awareness about one of South Africa’s biggest problems -  HIV/AIDS. And while he was president, he dedicated a third of his presidential salary to helping children. (5)

We often hear quotes about how the concept of striving for perfection is unrealistic and unattainable and when comparing ourselves, it’s easy to view other people’s lives as being perfect. Many people have said it, loads of celebrities have said it and what Nelson Mandela does in his autobiography is constantly show his humanity, his imperfection. “I did not in the beginning choose to place my people above my family, but in attempting to serve my people, I found that I was prevented from fulfilling my obligations as a son, a brother, a father, and a husband.” While he was an excellent leader, he often mentions how he is not an excellent family member. You can’t always have it all.

We can further extend this concept of ‘striving for perfection’ to South Africa as a county. It is easy to think of it as a utopia, to think that the end of apartheid means the end of all discrimination but expecting South Africa to go from colonisation to apartheid to full equality overnight is unrealistic. There is still a long way to go and right now, SA is going through the ups and downs required in any long term process. Although yes, apartheid is long gone, SA is still nowhere near perfect as there are some still inequalities that exist and even Nelson Mandela himself acknowledges this in his autobiography  “The truth is that we are not yet free; we have merely achieved the freedom to be free, the right not to be oppressed. We have not taken the final step of our journey, but the first step on a longer and even more difficult road. For to be free is not merely to cast off one’s chains, but to live in a way that respects and enhances the freedom of others. The true test of our devotion to freedom is just beginning.” (4) One example of these inequalities is the fact that ‘the top 1 percent of South Africans (predominantly white) own 70.9 percent of the nation’s wealth. The bottom sixty percent (predominantly black) own about 7 percent’ (5) Furthermore, in Reggie Yates’ Netflix documentary, Extreme, he explores a side of South Africa that we rarely hear about, that is, ‘reversed discrimination’. What has happened is, in the hopes of raising the status of black South Africans, whites are being discriminated against through favouring blacks in employment thus leading to an increase in white poverty. It’s interesting to watch the process unfold and hopefully for all South Africans of all races, Nelson Mandela’s of equality is handed out to all of them.

Nelson Mandela really put Africa on the map, he is a well respected leader all over the world AND he is from Africa! He transcended racial stereotypes and is a great inspiration for all as he showed that a small village boy could make such great changes in the world.

Honestly, I feel like there’s so much more to say about South Africa and Nelson Mandela so this really is a major major major summary of this beautiful country and it’s history.